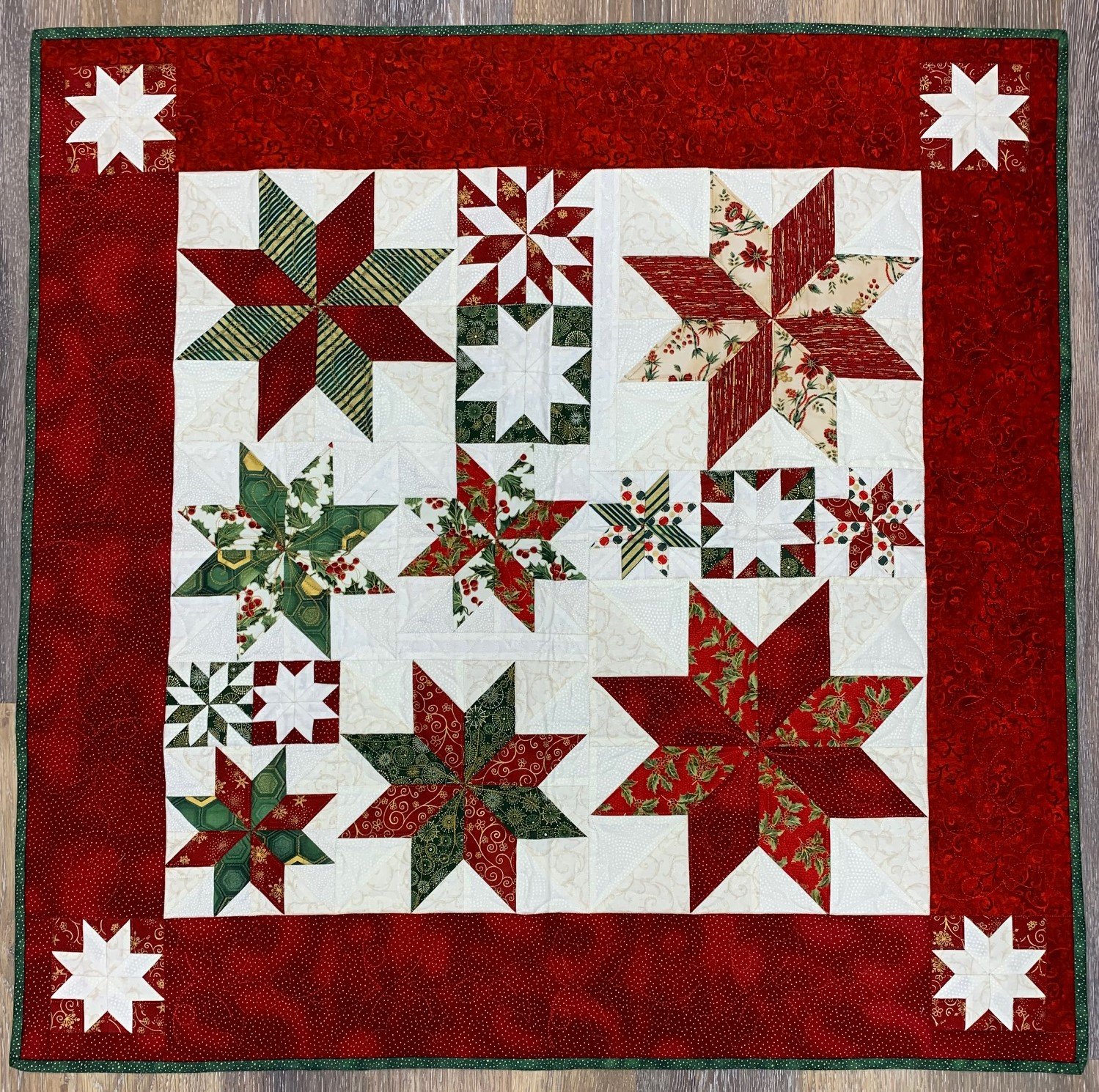 Learn to make this quilt using the Rapid Fire Lemoyne Star ruler designed by Studio 180 Designs. You will make a range of stars ranging from 3" to 12". Learn this technique and you will be amazed at how easy it is to make Lemoyne stars!
Skill Level:
intermediate
Requirements:
Studio 180 Design Rapid Fire Lemoyne Star Tool. Includes Pattern. Tucker Trimmer III (optional)
Instructor Name:
Cindy Carroll
Instructor Bio:
Cindy Carroll has been sewing for the past 50 years and quilting for the past 30 years. She gained her love of quilting from her paternal grandmother who was an avid quilter, making literally hundreds of quilts in her lifetime. She is passionate about quilting and loves quilting with the precision that can be obtained using Studio 180 Design Tools.

Cindy began teaching quilting 4 years ago when a friend she was mentoring in quilting suggested she would make an excellent teacher. She took one of her quilts to a local quilt shop and asked if she could teach there and the rest is history. She began using Studio 180 Design Tools 5 years ago after meeting Deb Tucker at the Pacific International Quilt Festival in Santa Clara, California. She attended three of Deb's workshops at the America Quilt Expo in 2016. During Deb's workshops she learned that Studio 180 Design had a certification class for quilting instructors. After attending a week long class in August of 2017, she became a certified instructor for Studio 180 Design. She has been teaching throughout the northern California area.